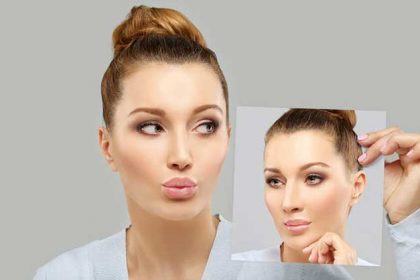 In the dictionary Rhinoplasty or Nose Cosmetic Surgery is composed of two words of rhinos and plastikos. Rhinos means nose and plastikos means to modify or beautify. This surgery has a long history. About 2000 years ago, many people in India were sentenced to punishment of nose cut off. At the time the gum and wax were used to correct this problem. In the beginning of the 19th century a British officer learned this method from the Indians and used it to improve the soldiers who were injured in the war!!

The oldness of modern rhinoplasty dates back to 50 to 60 years before and after World War II. In Iran, rhinoplasty was done from the 40s of solar year. After revolution the first groups who did Nose Surgery were nose, ear and throat specialist. Currently, however, the number of applicants for cosmetic surgery in Iran has increased day by day, which unfortunately is breaking records even in the world.

– Best results in nasal surgery or rhinoplasty are achieved by using conservative techniques which maintain the normal appearance of the nose; therefore respectful patients must avoid so called fantastic surgeries.

– Patients must pay attention to breathing after a nose surgery. If the patient’s nose is too thin breathing will be lost. Sometimes patients want the surgeon to make their nose like so called doll nose, while they do not consider that by doing this the valve or the air passage is destroyed and patients will experience severe nasal congestion.

– Also achieving a strong state without any dents on profile is an important aesthetic goal in rhinoplasty.

– Occurrence of minor changes after surgery may last for months. Very thick skin which is full of sebaceous glands and subcutaneous tissue in terms of the result of the operation has the worst condition. The ideal skin type is something between the thick and thin skin. So patients with thick skin must wait until the skin goes back to its place.

Nose surgery is done both in open and closed form and performing surgery in any manner that doctor diagnosis is permitted.

You can see more information about the anatomy of nose, necessary cases and contraindications for nasal surgery, description of the operation and also effects of the surgery here.