Rhinoplasty is the most difficult plastic surgery. Since the structure of the nose is very complex and three-dimensional and the final result of rhinoplasty depends on the collection and relieve of scars after rhinoplasty, for these reasons, the primary rhinoplasty in some patients can lead to less ideal results.

On the other hand, due to increased awareness of patients through the Internet, it is very difficult for rhinoplasty surgeon to satisfy patient. Not surprisingly, eight to fifteen percent of patients with primary rhinoplasty surgery undergo second surgery. Since after the initial rhinoplasty, nose anatomical structures are disoriented due to fibrosis, secondary rhinoplasty or reconstructive nose surgery is more challenging. In many cases, the surgeon is forced to change the technique completely and perform a complete reconstruction of the nose. Taking pictures before and after surgery is necessary.

Problems caused by rhinoplasty are divided into several groups:
One group comes from a poor removal or insufficient modifications, such as in patients with a bulbous tip or Poly Beak deformity (Photo One)

In some patients, the removal is excessive such as patients with dents in nose alae (wings of nose) (Photo two and three). Sometimes minor asymmetries or displacement of existing structures and graft in the right position is caused by small technical errors. When there is excessive removal from the nose and if the patient’s skin has improper quality, because of replacing the area with soft subcutaneous tissue and fibrosis a challenge is made for the surgeon.

The final category of surgical problems results from incorrect judgment of the surgeon. In these cases, an inexperienced surgeon gets out of conservative mode and for example, excessive removal of soft tissue and subcutaneous which is caused by an error of surgeon’s judgment and leas to deformity is sometimes impossible to repair.

In general, reconstructive rhinoplasty (secondary rhinoplasty) is one of the most difficult plastic surgery and the patient should not think that the second operation is easier than first one but it is much more difficult and requires a complete reconstruction. 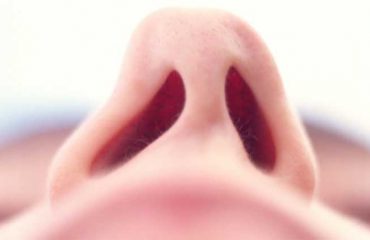 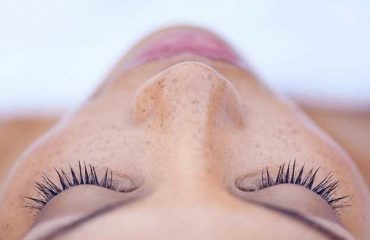 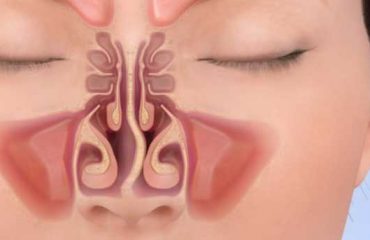